Hercules: Dwayne Johnson is more than meathead in a traditional hero role 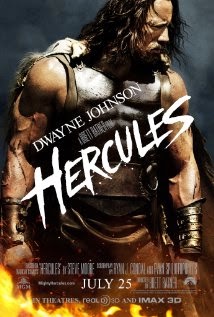 Hercules, the great demigod from ancient myth, is played by none other than the juggernaut, Dwayne Johnson. According to news and interviews, Dwayne packed on a lot of muscle for this role and it clearly shows on the big screen. If you thought he looked big in the most recent Fast and Furious, well, I'd say double that size. Aside from the guns, Dwayne Johnson did an awesome job as Hercules.

The story begins with Hercules working as mercenary for gold and riches. It’s revealed later that he’s suffered a traumatic experience. Hercules' twelve great labors are mentioned throughout the adaptation but only certain ones crucial to the film are shown. He’s followed by a group of trusted friends who have all had tough pasts as well and Hercules has taken them under his wing. They are bonded by battle and never question where they need to travel, nor fight, as long as they are paid.

As the story progresses, our hero is hired by a king in need of help. To defeat a tyrant, the king needs Hercules to train his army to be the best of all time. Hercules makes this happen with the help of his company, but in the end, a twist of fate reveals that Hercules helped the wrong person and must fix his mistake.

The storyline had its ups and downs, but was still quite entertaining. Leadership, strength, friendship, family and more themes made Hercules an all-around feel good film.

The Purge: Anarchy — Round two takes the purging to new heights 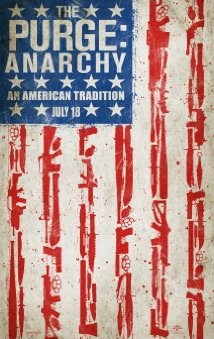 For those who haven’t seen the first Purge, it's about a future America where the new leaders devised a plan to remove crime. Instead, people wait to "cleanse" themselves. For twelve hours, one day out of the whole year, crime is legal. Everyone waits for this particular moment because they are free to do whatever. Of course the question is raised, what would YOU do if all crime is legal? Steal? Take drugs? Beat a person senseless? Even kill?

If you watched the first movie in the series, it follows a family that goes through this “purge” and it gets crazy. Let me tell you now that Anarchy shows a lot more purging and a lot more gruesome crimes. It starts with a community in Los Angeles. A few hours away from the commencement of the purge, people are preparing to participate or boarding up their houses for protection — if protection can be achieved. The usual participants buy massive machine guns and all sorts of weapons and those with lots of money can buy the best security systems.

The story follows a couple of characters: a mother trying to support her daughter, a young couple whose car breaks down and a sergeant looking for revenge. The only one purging is the sergeant, but with a twist. He meets up with the mother and daughter and the couple and it's up to him to keep them safe. At the same time, he still hopes to achieve his goal before the end of the night. The movie shows a totally vengeful America. You can’t trust your friends, or even family because, if you piss someone off, who knows if they’ll come after you and take you out during those 12 hours of free reign of no laws.

Those "Damn, Dirty Apes" do it again in Dawn of the Planet of the Apes 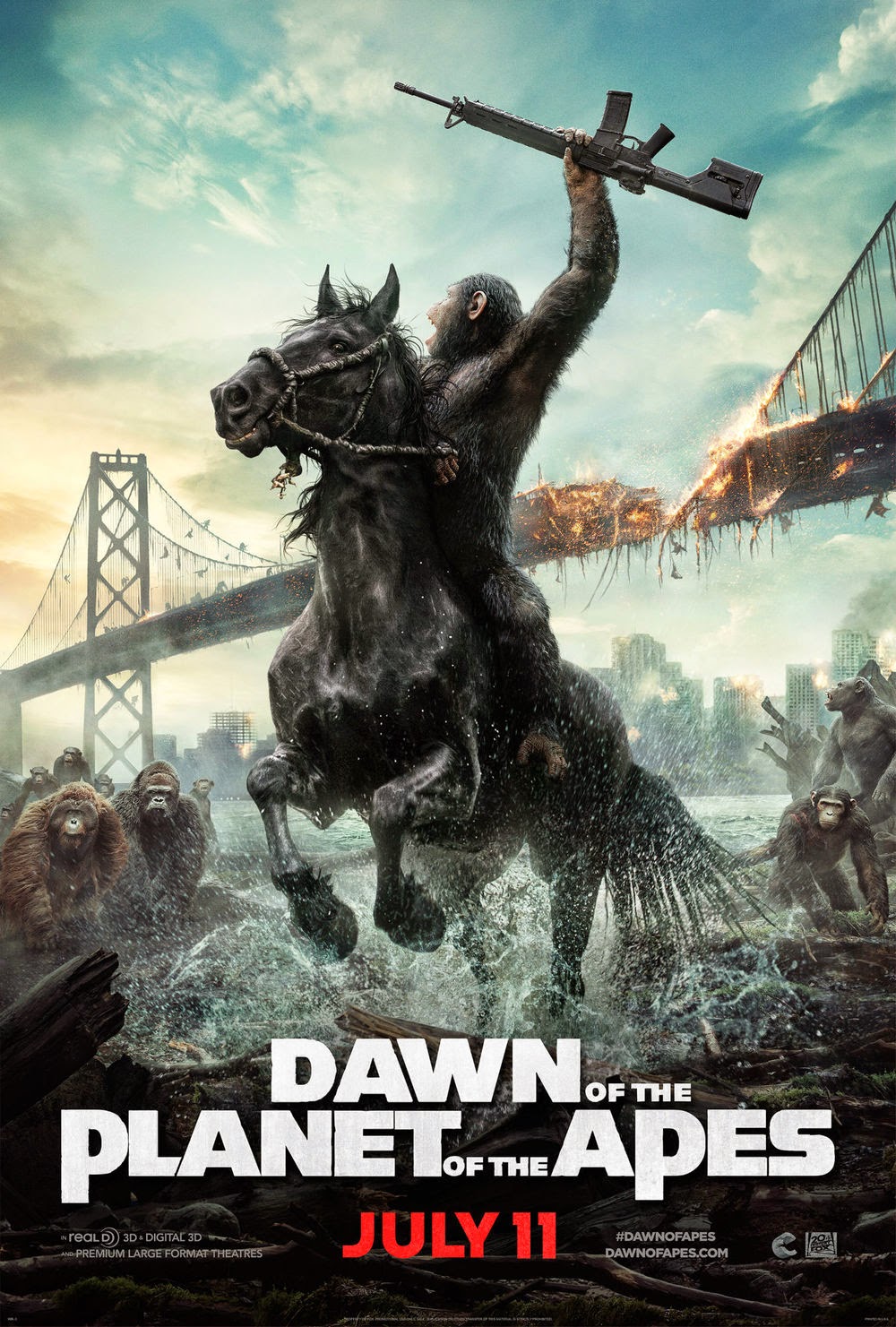 Caesar, aka Andy Serkis, aka Gollum does yet another great job behind the motion-cap suit as the leader of the apes in Dawn of the Planet of the Apes. I’ll tell you right off the bat: this sequel is worthy of watching twice!

The first installment, Rise of the Planet of the Apes, left off with the virus spreading across the world and Caesar escaping into the woods with his fellow apes. Dawn begins nearly a decade later. Most of the human race has died off, but those immune to the virus have begun to restore power. A few humans go into ape territory and Caesar allows the refugees to regain electricity to the city. But another ape from the first movie still hates humankind and starts the war Caesar hoped to avoid. In the end, it’s a clash of human vs. ape and also ape vs. ape.

The whole movie I rooted for the apes. Yes, I did feel bad for the humans and the suffering they had to go through from the virus, but I was so set on watching Andy Serkis play Caesar that my pity for the humans was stolen away. I was captivated watching him raise a family in the woods, build hundreds of followers and learn that not all humans are evil and not all apes can be trusted.

I highly recommend seeing Dawn of the Planet of the Apes on the big screen for its great story, plot and characters. Plus, what more could you want than talking apes riding horses and shooting guns?

Deliver Us From Evil 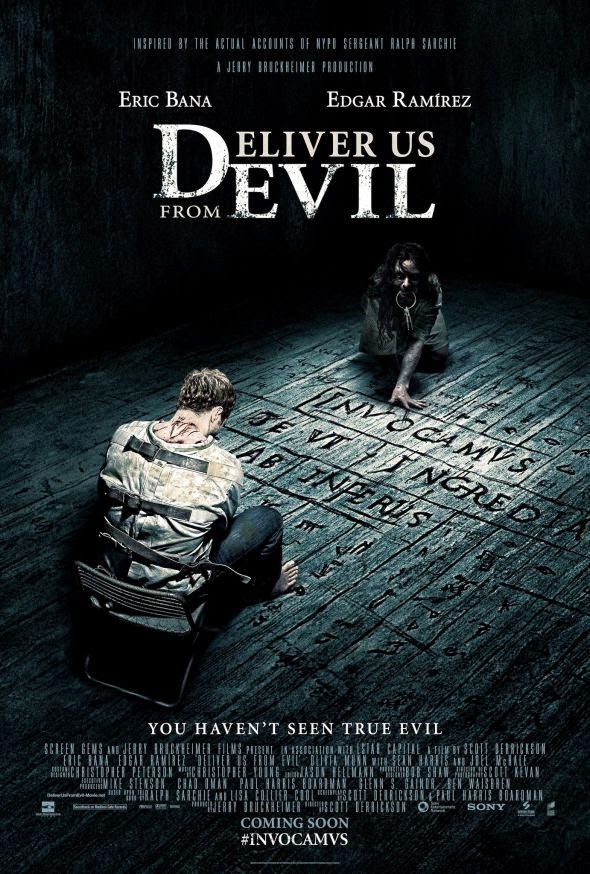 Instead of going to a blockbuster I decided to check out a horror film. I usually save them for October but decided it was a good change from the big movies out right now.

Deliver Us From Evil begins in Iraq with three American soldiers shooting at some enemies. After a brief moment they start seeing crazy things happening around them. They eventually follow the enemy down a cave and that's when it all goes down. They are filming during all of this and then everything goes blank and screaming is heard in the background. There were a couple of moments that will make the unsuspecting moviegoer jump.

A few months later, back home in New York, the main character, Officer Ralph Sarchie (Eric Bana), is fighting crime, until he feels a presence only a chosen few have. Basically it’s a way to sense spiritual things around him, both good and evil.

Sarchie joins forces with a priest (Edgar Ramirez) to fight the three possessed soldiers and take the demon possessing them out. The movie supposed to be on true events but I’ll let you be the judge of that. It shows what police officers go through with the evil in the world today and even when there is evil, there is always good to stop it.

Those who are not particularly into horror flicks with a mixture of God vs. Devil/good vs. evil shouldn't see this movie. It just might be too much for you to handle when the exorcism begins.